There are many good reasons to get your pet spayed or neutered. However, there are plenty of misconceptions about pet spay and neuter operations. Cordova Station Animal Hospital in Cordova, TN, sets the record straight. 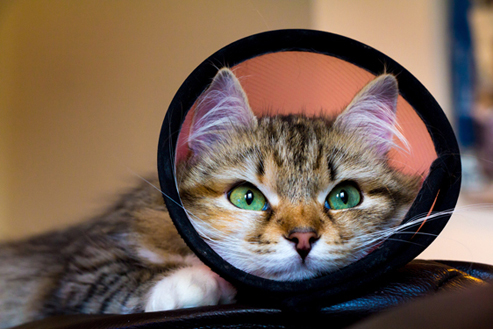 What Is a Spay Operation?

Spaying is when a female pet’s ovaries and uterus are removed, making her unable to have offspring. Sometimes, vets will refer to spaying as neutering.

What Is a Neuter Operation?

A neuter operation removes the testicles from a male animal, making him sterile because he will be unable to make sperm.

Does My Pet Need to Fast Before a Spay or Neuter Operation?

Yes. Your veterinarian will let you know when you can last give your pet food or water, but generally, a fast lasts about eight hours before the operation. This makes sure your pet will not vomit and choke when under anesthesia.

How Long Does It Take to Spay or Neuter a Pet?

The process varies from pet to pet, but on average, your pet will be at the animal hospital for about six hours. You will usually drop your pet off in the morning and pick him or her up in the afternoon or early evening.

Will Spaying or Neutering Make My Pet Fat?

Will Spaying or Neutering Change My Pet’s Personality?

There won’t be any fundamental change in your pet’s personality. Male pets that get neutered after their testicles descend tend to be less aggressive. The pets won’t be as likely to escape your home and look for mates. Those are the only changes.

What If I Can Find Homes for All of the Babies?

You can never be sure that someone who buys or adopts the babies will take good care of them or be able to keep them for their entire. The shelters are full of animals who initially went to good homes but still wound up in the shelter because their owner lost a job, got sick, or had to move to a place where pets were not allowed.

How Old Do Kittens or Puppies Need to Be for a Spaying or Neutering Operation?

As long as they are healthy, they can be spayed or neutered when they are as young as six weeks old.

Can Guinea Pigs or Rabbits Be Spayed or Neutered?

Absolutely! Since these species do best in the company of their kind, getting them spayed or neutered means you can keep a pair without worrying about finding homes for the babies.

Schedule an Appointment at Our Animal Hospital for Pet Spay and Neuter in Cordova, TN

If you have further questions about the benefits of pet spay and neuter operations and live in the Cordova, TN area, contact Cordova Station Animal Hospital at (901) 753-3539 to make an appointment today.